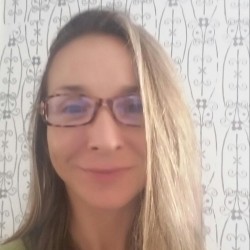 Latest posts by Diana Smith (see all)
Rate this post

There’s always some mould somewhere – but don’t worry! Mould has been on Earth for millions of years, and it’s not going anywhere anytime soon. Where there is dampness and moisture – there’s mould.

This doesn’t mean that you’ll get sick instantly. Exposure to mouldy environments can cause a wide variety of health problems or none at all. How’s that possible? Well, it’s simple. Some people are more sensitive to mould than others. However, no one wants to risk getting ill, so removing mould from the places you reside in is recommended. And, truth be told, mould just looks nasty.

As said above, some people might get ill because of mould, but the groups that are most at risk are:

As you can see, almost anyone who’s not perfectly healthy can get sick. But, don’t think that you’re safe just because you’re as healthy as an ox. Long-term exposure to mould could make even the strongest among us sick.

What are the symptoms?

Constant headaches, respiratory infections, skin rashes, aching joints, fatigue, depression, and anxiety are just some of the problems that will tell you whether you’re living in a home with mould as a roommate. If you don’t connect the dots quickly enough, treat the source and kill it, it could seriously harm both you and your house.

Mould damages your body, but it also damages everything it touches, so the importance of not letting mould grow in your home cannot be stressed enough.

Where can mould be found?

Unfortunately, it can be found anywhere, both indoors and outdoors. It can enter your home through doors, pathways, AC systems, etc. Outdoor mould can even attach itself to clothing, shoes, even pets!

But the biggest problem of them all is mould that grows in your home. Mould grows in places where there’s moisture, such as pipes, leaks in roofs, bathtubs, sinks, and many other places.

What can you do?

Unfortunately, the health-based standards or guidelines for levels of indoor dampness or mould have not been defined. But, that doesn’t mean that you cannot do something to protect yourself, your home, and your family.

Most of these things you can do yourself, but when it comes to inspecting your home, leave that to the professionals. Contact a company like EnviroX Consulting and let them determine if the mould is completely gone and if your home safe again.

How to kill and prevent mould

To kill mould on leather: Mix some baby oil (250ml) with a quarter of a teaspoon of clove oil. Apply a couple of drops and wipe the mould off.

To kill mould on hard surfaces: Mix a quarter of a teaspoon of clove oil with one litre of water and spray it onto the walls, fabrics, etc.

To prevent mould: Lay a line of chalk sticks wherever needed and let them absorb moisture. When they become damp, simply hang them out outdoors to dry and reuse them later.

As you can see, mould is a highly dangerous substance that can show up almost anywhere in your home. The key to mould control is moisture control. Always dry water-damaged areas, wash mould off all the surfaces in your home, and don’t be afraid to get rid of absorbent materials, such as carpets, if they get mouldy. Your health is more important than your carpet.

Share1
Tweet
Pin1
Share
2 Shares
You might be reading this article while on lockdown yourself, or while watching the coronavirus disease (COVID-19) spread rapidly without discrimination, make its way across the world. Help us fight against the COVID-19 pandemic.The donation supports our work, our children, our families, and our community that affect by COVID-19