Can You Get Chickenpox Twice? Chickenpox is a type of disease caused by the varicella-zoster virus.

The disease is very contagious and can affect anyone including children.

The transmission is very easy and so easily transmitted through the air.

Symptoms of chicken pox disease begin with blisters such as rash and usually appears on the back, face or stomach.

This rash spreads very quickly to all parts of the body and causes itching and burning.

This condition will be accompanied by dizziness, fever, headache and fatigue.

If you have never gotten chickenpox, then chances are you will get chicken pox when you come into contact with people infected with chickenpox.

Read also: Lump Under Chin: The Causes, Symptoms, and How to treat It.

How can chickenpox be contagious?

The transmission of chicken pox is very easy when you make direct contact with the person who has chickenpox, for example by touching the wound, skin, or items contaminated with the fluid from the chickenpox.

Not only that, the viral causes of chickenpox can also be carried away by wind or air so that it then enters into your body. That is, the splash of water coming out of cough, sneezing, or the breath of people with chickenpox is risky to transmit viruses in people who have never experienced chickenpox.

That is why, people who have chickenpox is recommended as much as possible to separate the room first with people who have never been exposed to chickenpox. The reason is that the virus can be easily carried away by the wind because it is in the same room as the same air source as well.

Can You Get Chickenpox Twice?

Many myths say that once exposed chickenpox then can not be exposed to chickenpox a second time, is it true?

To answer the question, Can You Get Chickenpox Twice? Let’s see here.

If you have been exposed to chickenpox before, it is very rare to rise for the second time, but this can happen if your immune system is low or the first time infection is very mild so it can arise a second time even though the second time may not be as great as the first.

Why can it rise for the second time? This relates to the presence of a varicella virus that actually does not disappear from the body, but lies dormant in the nerve fibers so it can still reoccur even though it is rarely the form of chicken pox again.

Usually infections that often occur for the second time in individuals who have been exposed to chickenpox is exposed to Herpes shingles or that we call snake pox, this can occur due to the same virus that is a varicella shingles virus that causes chickenpox also cause the onset of herpes zoster.

A person who has not been affected by the varicella virus at the time of the virus will present the symptoms of chicken pox and after that, this virus will dwell in the body so we have antibodies to the virus.

If this virus is active again, then this virus appears with a slightly different symptom of varicella and is called herpes shingles, where in general the symptoms are severe pain or burning heat when your body comes into contact with something, although a light touch like a shirt and also accompanied by the emergence of bubbles containing fluid similar to chickenpox.

This disease usually affects older people who have weak or moderate immune system. If a person has a good immune system, then rarely develop this condition.

Chickenpox is one of the diseases that can be transmitted rapidly and caused by the varicella zoster virus. It takes an incubation time of about 2-3 weeks after contact with the person who is affected by chickenpox. Symptoms of chickenpox arising are likely to be more severe in older people than children.

Older people who are subject to chickenpox may be at risk of complications, especially in pregnant women, having weakened immune systems, people undergoing chemotherapy or radiotherapy for cancer, people who have undergone transplants and people who have heart or lung problems.

One way can be done to prevent the occurrence of a chicken pox attack a second time is through vaccination. The given vaccine will produce antibodies and keep the body from the chickenpox virus in the future. And don’t forget to keep your immune system optimal.

Video Explanation: Can You Get Chickenpox Twice?

Thank you very much for reading Can You Get Chickenpox Twice?, hopefully useful.


Can You Get Chickenpox Twice? 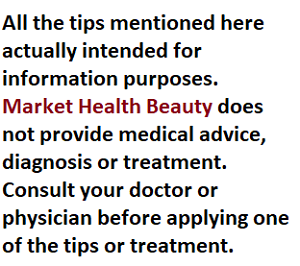